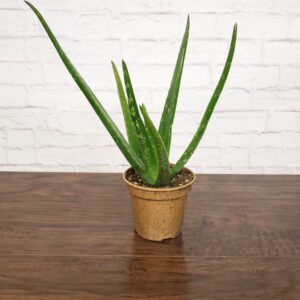 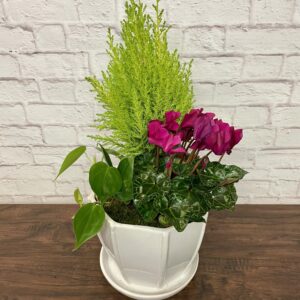 Golden Pothos (Scindapsus aureus) plants are among the most popular houseplants for their versatility and easy care. Golden Pothos have a yellow and green variegation which make them easily recognizable and popular in a variety of settings. Also known as Devil’s Ivy, Golden Pothos is naturally found in forests from Southeast Asia to the West Pacific. Typically a fast-growing strong climber, Golden Pothos can flourish as houseplants or climbers, indoor and outdoor, in full sun or partial shade, and requires little watering.

Golden Pothos is a very versatile plant that can tolerate the lower light levels or bright filtered light of a home while also thriving in the full sun of a yard or grown outdoors in tropical states such as Florida. Indoor Golden Pothos require bright filtered light during most of the year. The yellow variegations of the plant become more pronounced when exposed to greater amounts of light. Outdoor plants can tolerate full sun to partial shade such as would be found when grown through trees, against a wall, or over a pergola.

The soil around Golden Pothos should be kept relatively moist but take care not to over water. Golden Pothos have a shallow root system which means that less actually is more when watering as less water is needed to saturate the soil down to the lowest roots. Golden Pothos will perform best when watered freely during the growing season. However, try not to soak the soil but instead water lightly around the pot. Reduce the frequency and amount of water to light or moderate watering in winter.

There are no reviews yet.

Only logged in customers who have purchased this product may leave a review.